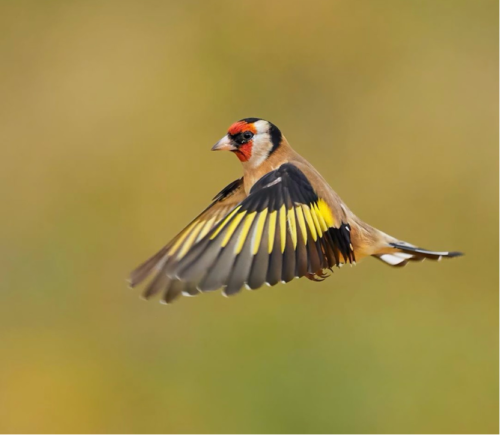 Ireland went into a full lockdown a few days before we did last March. As Rabbi Emeritus to the Dublin Jewish Progressive Congregation, previously visiting the community one weekend a month, we decided to embrace Zoom and on the first post-lockdown Shabbat I led the service and have been doing so ever since. One of the first challenges was thinking about sermons, as imposing a 12-15 minute standard synagogue sermon on people watching online seemed to me to be both unfeeling and unnecessary.

So I took the decision to restrict myself to 750 words MAX, just over 5 minutes, on the grounds that it was a good discipline to work under, and if I couldn’t say something meaningful in 6 ½ minutes I probably couldn’t say it in 15!

The US Presidential election, the outcome of which is still undecided, always had the potential to accentuate the Mar in Marcheshvan. The prospect of four more years of POTUS 45 a profoundly bitter pill for so many to force down their throats. We know, of course, that the ultimate decision is not ours to make, and that a final decision may yet be some way away. But we know that the decision will have a profound impact on us, and the entire world.

Instability in America for the next four years, following the last four, with the growing menace of right wing nationalism in the States and many other countries, with the vital need to co-operate internationally over an effective vaccine for COVID-19, with the climate emergency deepening across the world with every day of inaction, the capacity for unlimited chaos and catastrophe could be exponential.

One of my favourite parts of parashat Vayeyra comes near the beginning, when three men, or maybe they are angels, tell Abraham’s post-menopausal and aged wife Sarah that she will bear a son. But it is not her hilarity and earthy response that I cherish but rather the little phrase…

…Chadal lih-yot le-Sarah orach nashim, demurely translated as ‘it had ceased to be with Sarah after the manner of women’.

We are aware when significant changes occur in our personal lives, everyone in a family sees each other growing up, growing older, and growing old. All we need for that is to take note of birthdays, and, if we are so blessed, wedding anniversaries. What is less easy to identify is change in society, particularly as it affects our civil liberties, the nature of our democracy; insidious change like a malevolent spirit wafts around us, but we do not really see it until something strikes us and we then realise what has occurred. We are disbelieving – how did that happen?, we ask. And the answer is – we weren’t paying sufficient attention.

The last four years have echoed to the sound of warning sirens, telling us to wake up, to take note, and then to act. But submerged by Brexit, distracted by Trump, depressed by COVID driven lockdowns and economic uncertainty, we have waved them away, they were all just too much: let someone else take up the struggle, let someone else stick their head above the parapet…I no longer have the energy. And so it happened, chadal lihyot, it had ceased to be.

Chadal lihyot, it had ceased to be: in our flight away from the enormities around us, too many things have ceased to be, too much has been twisted, perverted, cankered, and we have uttered not a word. Chadal lihyot, it had ceased to be, no moral leadership, the corruption of the political process, the insidious demolition of great offices of state, and great servants of the state, the ever clearing path to autocracy, to dictatorship.

And we did nothing.